KIO trundled along to the RTE studios in Donnybrook in late September to be part of the audience at the Prime Time special on developing rural Ireland.

What was astonishing to us is that nowhere in the whole discussion did the idea of opening up the Irish countryside to foreign visitors and our own citizens arise.

Never mind that Scotland makes more from visitors to its countryside than it does from farming. Never mind the fact that walking, canoeing and cycling visitors arrive, usually in an unobtrusive and environmentally-friendly way to bring and spend much-needed  funds in our poorer rural communities.

Never mind either that in fairness and justice the farmers of Ireland should be clamouring to open up their land for the benefit of the largely urban taxpayers who enable them to stay on the land by providing, according to Teagasc researchers, 85pc of farm incomes.

Planning board to rule over  Fenit 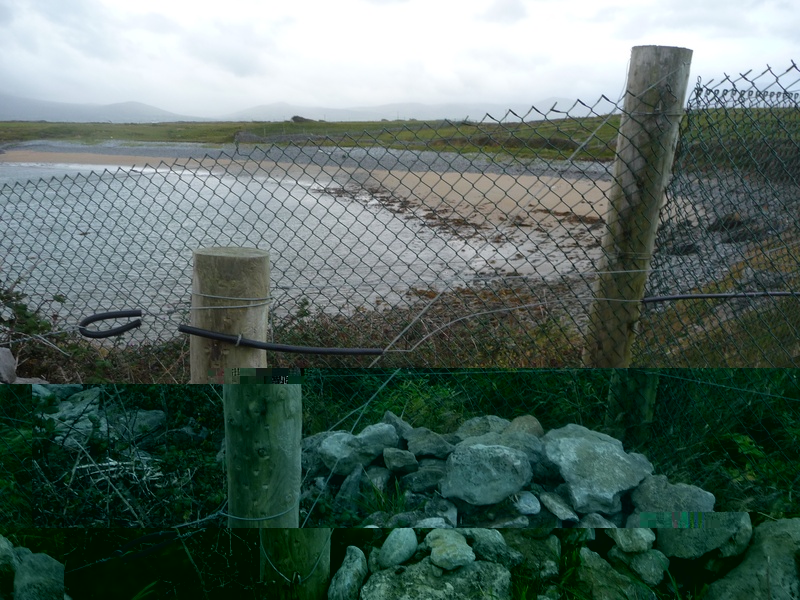 Your newsletter has repeatedly featured the horrific, industrial-type fencing erected without planning permission on beautiful Fenit Island in Co. Kerry.

Apart from being a dreadful eyesore, at several points the fencing blocks the walk around the perimeter, traditionally used for very many years by locals and visitors to the island.

Kerry Co Council, flushed out by KIO, tried to justify its inaction over several years by declaring the fencing as exempt development. We have  promptly appealed this bizarre conclusion to An Bord Pleanala by way of Referral.

A decision was due from the Bord on September 8, but it has now notified us that it needs more time to examine, in its words,  “…the complex issues raised in this case”. We had indeed raised several serious aspects of the desecration of Fenit Island, and the propriety of the Council’s handling of this over the years.

A new date for the Bord’s decision has been set for  November 4 and we are very pleased that at last a thorough examination is under way of official indifference that allowed aggressive, Stalag-like fencing to degrade a famed beauty spot and block long-enjoyed traditional access to a natural amenity.

We shall keep you posted.

Keep up the pressure on your local council

Thanks to members who have submitted routes for inclusion in the County Development Plans of County Councils. Please keep up the good work!

The Dun Laoghaire Development Plan is being reviewed . The existing Plan contains an interim list of rights-of-way so  the time is opportune to add to the list  by suggesting  other walking routes for designation. Dun Laoghaire/Rathdown is particularly important as

it has been one of the more active councils on public access issues.

As the rights-of-way are not marked on the ground you may already be using these without realising that they are rights-of-way. So the first step is to consult the existing development plan.You can do this by inspecting the routes listed on line at www.dlrcoco.ie.

Alternatively, they are available in the Council Offices at Marine Road or at Main St Dundrum or any local public library in the Dun Laoghaire/Rathdown area. You will find the list of routes being considered in the Written Statement section of the plan under appendix G. Council staff are normally very helpful. Assuming that the route is not already listed you should send them an a photocopy of an ordnance survey map with the route highlighted. It should be marked: “For the attention of forward planning.”

Please send a copy of routes to Roger Garland, 43 Butterfield Drive, Dublin 14 so that KIO can follow them up.

No consequences for failure

Thanks to the 2010 Planning Act, we now have around 300 listed rights-of-way and eight county councils having included interim lists of  ROWs in their County Development Plans (CDPs).

However, a similar number of county councils are in default, having failed to list routes in their CDPs. We have a long way to go to get anywhere near England & Wales with their 195,000km of protected routes.

KIO wonders just what the government plans to do over the councils who have blatantly ignored the new Planning Act in spite of a formal reminder from the Dept of the Environment, so we asked  Independent Kildare TD Catherine Murphy to put down a parliamentary question to the then Minister for State for Planning.

We were gob-smacked by  the reply which, while  praising councils for their compliance, had nothing whatever to say about the recalitrant ones and made it plain that there are no plans to sanction them.

We have sought a meeting with the new Minister for the Environment Alan Kelly.

While a comprehensive network of rights-of-way in every county is vitally important, freedom to roam in upland areas and other areas of rough grazing is of equal importance. Sad to relate, we have made no absolutely no progress on this as the main political parties run a mile from any legislation which might offend the farm lobby.

Will new minister stick to his guns on greenways? 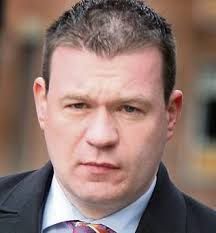 The new Minister for the Environment Alan Kelly told the Dail on June 24 that the Government intends to press on with establishing greenways for walkers and cyclists and that there is likely to be an increased use of compulsory purchase orders in view of the problems caused when voluntary access is withdrawn, blocked or denied.

Mr Kelly (Labour) was a Junior Minister when he made the statement. Now that he has the whip hand at the Department of the Environment, it will be interesting to see if he will move on this necessary plan or whether, like his Labour ministerial colleague Brendan Howlin, he completely loses interest in public access.

Shame  on those denying access to Ireland’s natural beauty

KIO received an unsolicited email from a German citizen living in South America. Here is an edited extract from it

By chance I found a link to and landed on your website “Keep Ireland open”.

Even though apolitical by personal conviction, I just wanted to confirm from the perspective of a foreigner that your worries about widening denial of free access to the georgeous places of Ireland’s countryside are absolutely founded and fully justified…

I used to be very fond of Ireland’s country and people in my teenager days. When I

finished high school at 19 my step- grandfather took me along for a four-­week trip to the Emerald Island, and it was just fantastic! Breath­taking scenery and warm­hearted, hospitable people…

That was in 1987. In 1991 I returned with still very similar impressions. Then, in 1994, I came back again with my father to enable him to discover Eire. And back then, already, things started deteriorating as regards our key issue: At times we were struggling for hours to access cliffs, beaches and land­fingers: Everywhere that damned barbed wire!

Then I returned in 2011. . . on another trip with my parents and it was just disgusting! Shame on all those transforming Ireland’s natural beauty in a setting that makes one believe him or herself in a zoo! You feel fenced off from nearly anywhere. And where you might be able to pass, you have to pay. And not just a few pennies but exorbitant fees!

The Irish Tiger’s day is now well over and won’t return. And the Irish Ministry of Tourism bears much of the fault by allowing landowners to take advantage of visitors by squeezing crazy entrance fees out of their wallets and pockets.

The toll will be paid by Ireland and its tourism industry: Visitors who are real lovers of the Green Island won’t be coming again. I am one of these.

In other words, your struggle makes sense,

I hold in high esteem your unselfish efforts to help return to the public what is their inalienable right, namely to enjoy God’s gift of the earth to all humans…

New Greenway will use CPOs to open up route

We are pleased to report that there is now funding available to open up the former rail line from Glenbeigh in Co Kerry to Cahersiveen.

We are even more pleased that Kerry County Council intends to use compulsory purchase orders to acquire the necessary land rather than take the permissive approach which has been a constant problem on the Kerry Way and other waymarked ways. You only have to look at what has happened on the Newport to Mulranny Greenway in Co Mayo, where landowners have closed the route three times in disputes with the Dept of Agriculture and Mayo County Council to see why the permissive approach does not work.

Minister reveals: Not even our National Parks are protected

It’s official: The State has no guidelines – or any real intention – to protect public access to National Parks.

The Minister for Public Expenditure Brendan Howlin was asked during Dail questions if there are guidelines to ensure that parklands which have historically been accessible to local communities may continue to be so under special access rights.

He replied to the question asked by Independent TD for Kildare North Catherine Murphy, that there are no guidelines or regulations and no relevant legislative protections.

Recreation Officers : a who’s who

Rural Recreation Officers have been appointed to look after walkways around the country and to iron out problems where they can, given the lack of legislative backing for their work. The following is the latest list with their names first, the Leader Programme employing them, the walks they are responsible for and their contact details.

Published by Keep Ireland Open. KIO is an environmental organisation dedicated to preserving public access to our mountains, lakes, seashore and countryside.

Friends of the Irish environment

Friends of the Murrough

Manage Cookie Consent
To provide the best experiences, we use technologies like cookies to store and/or access device information. Consenting to these technologies will allow us to process data such as browsing behavior or unique IDs on this site. Not consenting or withdrawing consent, may adversely affect certain features and functions.
Manage options Manage services Manage vendors Read more about these purposes
View preferences
{title} {title} {title}